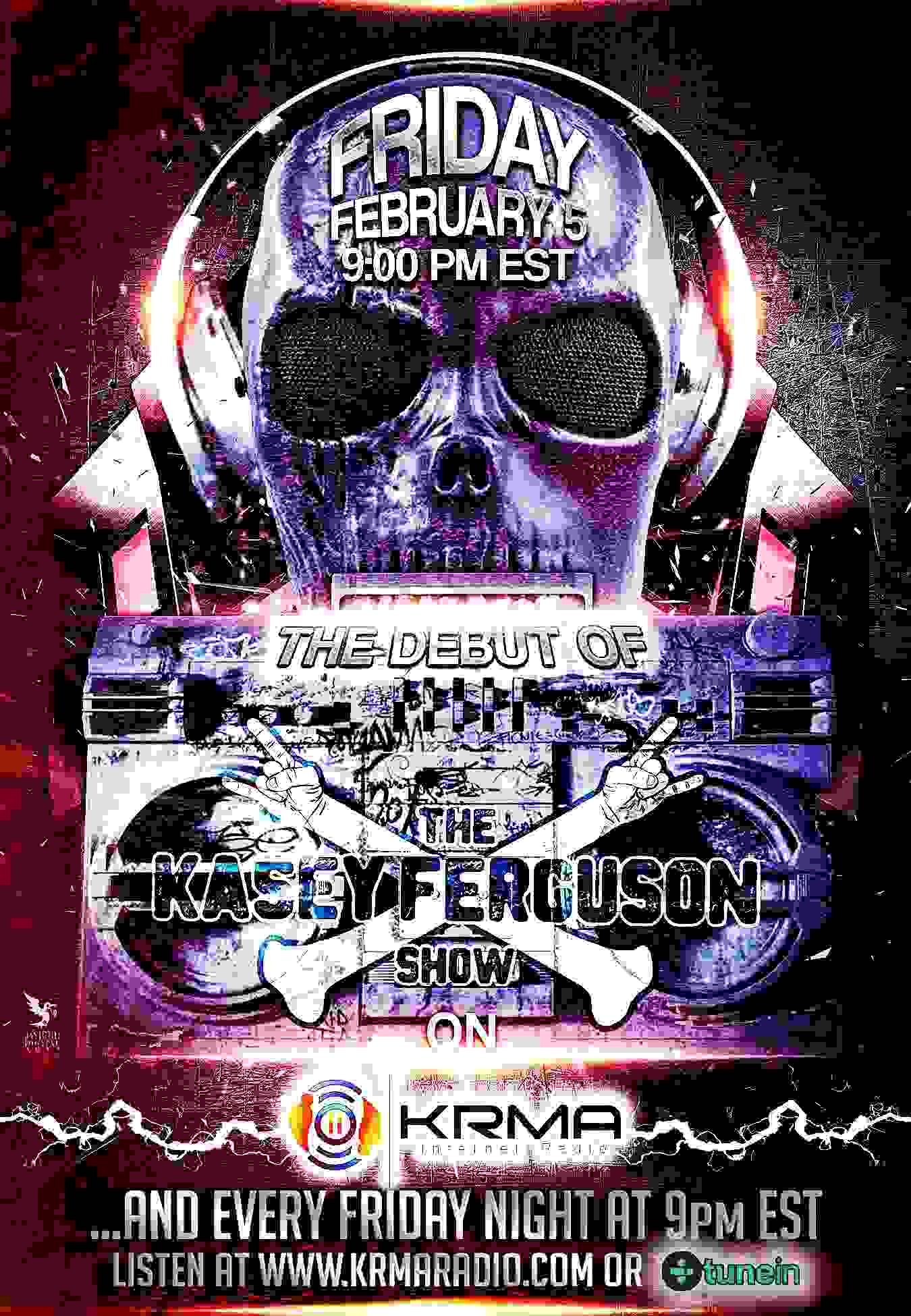 THE KASEY FERGUSON SHOW BEGINS SYNDICATION IN THE STATES!

The Kasey Ferguson Show has been picked up for first run syndication in the U.S. by Ohio station, KRMA Internet Radio!  The Kent, Ohio based rock station will begin airing past episodes of  The Kasey Ferguson Show dating back to it's inception in March 2013, in  addition to new episodes of the program as they are produced. Listeners  can also look forward to some forthcoming themed specials hosted by Kasey that will air on KRMA as well.

"I think Kasey is going to fit right in here" says Steve Jones, one of  the owners of KRMA Radio. "We're excited and looking forward to him coming to the station" Steve added. When asked what listeners could expect upon his arrival, Kasey was typically irreverent in his answer. "Ever seen Beavis and Butthead Do America?" .

HERE'S HOW TO LISTEN

Head to KRMA's website below and listen directly from the site or via the TuneIn radio app on your phone. 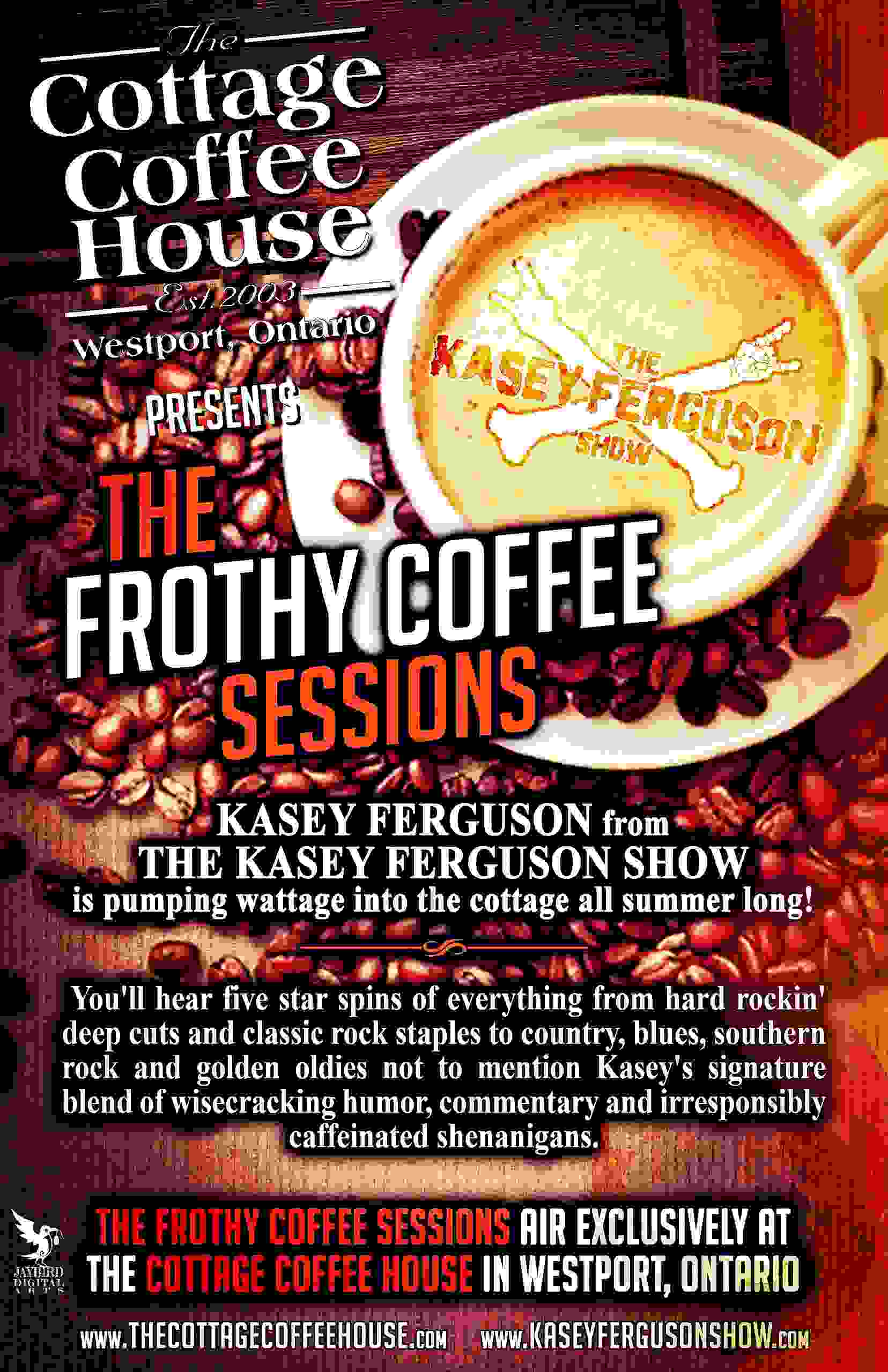 Some of you may remember that The Kasey Ferguson Show was pumpin' wattage into The Cottage Coffee House all summer long. However, since these sessions aired exclusively at the popular Westport coffee shop, no one outside of the village has been able to hear them. Until NOW!

Jumpin' John Pringle, the illustrious owner of The Cottage Coffee House was so pleased with the collaboration that he's decided to make the sessions available to the world...and for FREE, no less!

In honor of this momentous occasion, and to help everyone through the lockdown, Kasey and John have collaborated again on a NEW session (#4) ! Each show is over 3 hours of everything from hard rockin' deep cuts and classic rock staples to country, blues, southern rock and golden oldies mixed into a smokin' hot sonic brew with Kasey's signature blend of wisecracking humor, commentary and irresponsibly caffeinated shenanigans.  Through the lips and past the gums , look out stomach here it comes!

HERE'S HOW TO LISTEN

Click the button below to head to The Frothy Coffee Sessions section of the Cottage Coffee House website. Click the session you would like to listen to and when the file opens, right click and select "Save As" . The file will download to your computer. It may take a few minutes depending on your internet connection. Please be patient.